What is Aboriginal Dot Art And Where Did It Come From?

Like several other things, art has some bit of history about them. One art with some of the most amazing history has got to be Aboriginal art. You may be asking yourself what it is and where it came from, but that’s part of the history. Before you can know much about this type of art, you need to know the journey of where it comes from. There’s a lot about the art that even most enthusiasts would find interesting. Below are some of the aboriginal art ideas and where they came from. 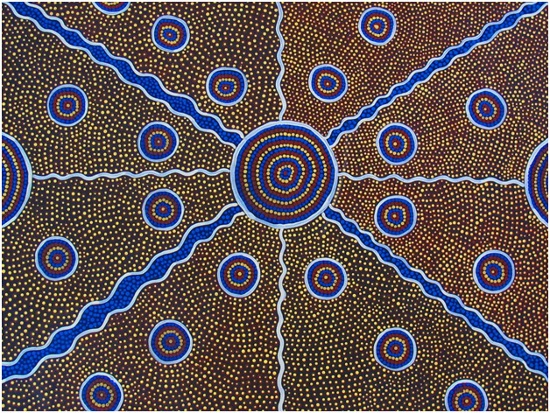 The first thing you want to know about this art is its history. And it’s pretty simple; this is art from the aboriginal people. Before the art was ever put onto canvas, aboriginal people would smooth over the soil and draw sacred designs. The designs would reflect a particular ceremony that they were taking part in. For years, the art then became known as Aboriginal art for where it came from and what it reflected. The ceremonies had several ideas about them, and even body paint was applied to commemorate the ceremony. Body art was part of the rituals which connected the people to the meaning of the art. What made the designs distinct was that they were made in circles and with dots.

What Is Aboriginal Dot Art?

These are forms of art that the Aboriginal people designed. Today, though they don’t need to be developed by the same people, you can simply follow their template to create one. Initially, the designs were all about sacred ceremonies, not what you see today. In fact, in those days when these designs came up, uninitiated people weren’t even allowed to see the art. The artists would even abstract their paintings to disguise the sacred designs. The idea was so that the westerners wouldn’t understand the true meaning of the art.

Dot Art and its Origin

Having learned the history of Aboriginal art, it’s time to understand where the Aboriginal dot art comes from. This idea started around 1971 when Geoffrey Bardon was assigned as an art teacher for Aboriginal people in Papunya. He quickly noted that when the Aboriginal people were telling stories, they would draw symbols in the sand. This piqued his interest as to why they would do this. He would then encourage them to draw murals based on traditional dreams on the school walls. The arts became popular, and that is when he advised them to put their paintings on canvas and board. This is how the whole idea was formed and how the drawing began to take shape and become as good as they are. They were easy to show off to others when they were done on canvas.

Taking Care of Yourself and Your Interests: How to Stop Pleasing Everyone Around

Voytegon Review – Evaluating the Offerings of the Broker

Voytegon Review - Evaluating the Offerings of the Broker