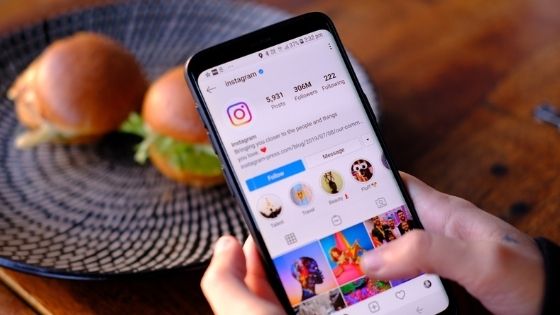 The Instagram app has gone through many changes over the past 11 years, but it all started with co-founders Kevin Systrom and Mike Krieger.

At the time, Systrom was working in the marketing field and learning to code at night. After intense interest in an app called Burbn, which allowed the user to check in at their location, Systrom quit his job and focused on app-building full-time.

Once it was realized that too many other apps on the market were similar to Burbn, the two co-founders decided to strip it down altogether to leave just a few features: photos, comments, and likes. After this, it was renamed to Instagram to refer to “instant telegrams.”

2. There Are Fewer Employees Than You Think

Only about 450 people actually work for Instagram. Considering the size of the entire operation and the popularity of the app itself, this is a pretty small number.

When you compare that to Twitter with over 5,000 employees, it’s surprising that the app is able to get by with such a low number of people working on it!

3. The Logo Has an Interesting Story

For the first six years of Instagram’s life, it had mostly the same logo. It was an old Polaroid camera that you may remember.

In 2010, the camera had a knockoff with a rainbow stripe right down the center. Later that same year, the team hired a designer to upgrade the logo. The app still had the memorable camera look, but with a slightly updated appearance to look like a camera from Bell & Howell in the 1950s.

This same logo was slightly modernized in 2011 but still looked mostly the same.

You may remember that in 2016, the logo was completely altered. The classic camera look was gone, and in its place, users would now see a pink, orange, and purple background with a white outline of a camera in the middle. People were not pleased with the change at the time, but since then, the criticism has died down.

There are about 500 million DAUs (daily active users) that log into their app every day. In a month, there are 1 billion active users that access the app.

90% of Instagram users will follow the brands they love on the app as well. If you own a business, it’s a good idea to look at the important Instagram stats that may apply to you for your social media marketing strategy.

By the end of that week, Instagram received over 100,000 downloads. By December, that number reached the millions.

Part of the reason for this is that the newest iPhone, which was the iPhone 4, had just been released a few months previously. People were excited to use the new, updated camera feature. With the creation of a social media app dedicated to sharing photos, the timing was perfect.

Plenty of celebrities on the app have over 100 million followers, but even though these numbers are pretty close together, it’s astounding to see how many people love to keep up with their favorite public figures.

The reason it was posted in the first place was as an attempt to break the record for the most-liked photo on Instagram, so the account succeeded in this goal! The egg beat out Kylie Jenner’s world record with over 55,000,000 likes.

8. Most Influencers on the App Are American

It’s important to note that many influencers are actually celebrities as well. When most of us think of an influencer, we think of someone that is just trying to sell a product and doesn’t have another job. The truth is that an influencer can be anyone that tries to sell anything, so many celebrities do this “on the side” in addition to their regular entertainment or public roles.

Many of the brands, companies, and other names on the app also count as influencers since they are trying to influence the public to buy their items! Even so, most of the influencers on Instagram are from the United States.

While so many people around the globe were forced to stay home in 2020, many turned to their electronics for entertainment. Social media apps became even more popular than they were before simply because people wanted to have as many opportunities as possible to connect with each other.

Instagram marketing must be working well because, in 2020, it was the fifth most downloaded app on the Apple Store. Along with many of the other popular social media apps, Instagram is still extremely popular even 10-11 years after its inception!

A study done by Italian security researchers found that almost 8% of all accounts created on Instagram are spam bots or fake accounts. In addition to that, close to 30% of users are basically inactive with only one post every month (or fewer).

This means that even though there are billions of Instagram users, some of them are actually not even real people.

Instagram has been working hard to get rid of these spam accounts. In reality, however, there are so many of these accounts that need to be tracked down, and it will be difficult for them to get this number down to 0.

Shay Benhamou Highlights the Golden Rules of Investing to Follow

Assessing the Cost of MBA in Singapore for Indian Students

Assessing the Cost of MBA in Singapore for Indian Students

Is Appium Suitable as Windows Mobile Test Automation Tools? Top 5 Steps to Use It

Factors that Affect the Cost of Your Roof

What are the Uses of Phenols Chemical Compounds?

Why You Need A Demand Letter For Your Truck Accident Claim

The Importance of A/C Services: A Complete Guide

Ultimate Guide To The Kinds of Paper For Printing Flyers