Several medical disorders are more prevalent in women than men, and some ailments are more prevalent in women than in men. These disorders are caused by differences in their biological composition. As such, women are more susceptible to a variety of ailments. For example, “What is endometriosis?” is one of the most frequently asked questions online concerning women’s health concerns or problems. And known as endometriosis, it is tissue growth outside the uterus (inside the body) and a frequent problem among women in Australia. It affects more than 11% or 830,000 Australian women, and it may begin as early as from their teens. 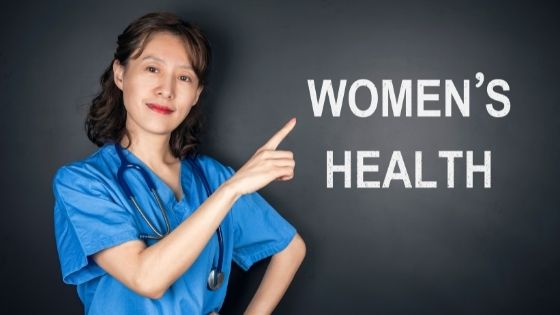 As illnesses and problems become more specialised, medical specialists have had to broaden their scope of knowledge. As such, diagnostic and treatment options are available across a wide range of medical specialities.

Medical disparities between male and female anatomy became increasingly prominent as individuals realised the importance of this diversity. As a result, there are now several sub-specialities within female anatomy.

Childbearing and birthing are significant distinctions between male and female anatomy. Besides, pregnancy and the postpartum period may bring on a slew of health issues for women. Also, menstruation, like pregnancy, is a unique female body function that has its own set of risks.

There are several possible hazards that pregnant women are concerned about. Obstetrical and gynaecological difficulties include stillbirths, early births, gestational diabetes, miscarriages, and the like. So, pregnant women should seek the advice of a gynaecologist or obstetrician rather than relying only on the internet for information.

There is an increasing number of women worldwide who are experiencing menstrual-related health issues. As such, PCOS is one of the most common health issues affecting young girls, regardless of their ethnicity. And this condition creates cysts in the ovaries, which have both outward and internal consequences, such as weight gain, irregular periods, alopecia, etc. Other conditions include hyperthyroidism and hypothyroidism, as well as fibroids. Furthermore, several health hazards are associated with menopause, affecting women at a certain age and may last a lifetime.

A typical search term regarding women’s health is “What is endometriosis?” and many people learn about it online. And despite being treatable, endometriosis is a debilitating condition that primarily affects women.

An endometrial lining forms in organs other than the uterus as a result of this condition. And depending on where the lining is formed, endometriosis might bring additional dangers and difficulties. It might even lead to death if the lining develops within vital organs and impedes their function. Moreover, self-diagnosing endometriosis is impossible, and patients should see a specialist and undergo the appropriate tests before receiving treatment.

Turner syndrome and Rett syndrome are two of the rarest sex-related illnesses. As such, women with Turner syndrome are born without a whole X-chromosome. And those with Rett syndrome have a genetic abnormality that causes motor coordination problems and impacts brain function. Meanwhile, it’s possible to live with both of these conditions, but there is no treatment.

In the meantime, female-specific illnesses do occur, but they fall within the range of menstruation-related to pregnancies, and a lot of these issues stem from women’s shifting hormones. And even though many of these conditions are still untreatable, the growing research is promising and provides hope. Additionally, women may consult specialists in speciality clinics for these conditions to get the best possible treatment options.

Myth: A Prolonged Menstrual Cycle Is the Symptom of a Heavy Flow

Heavy bleeding, irregular bleeding, and discomfort are all signs of endometriosis in women. Although, their menstrual cycle may be seen as usual by them. Family and doctors may also disregard them if the person tries to seek treatment. But, these symptoms must be taken seriously since the discomfort might be caused by the endometrium-like tissue outside the uterus, which is inflamed. And there is no place for blood from the exterior tissue to go; this results in a buildup of toxins and scarring that may be uncomfortable and even life-threatening.

Myth: After Menopause, the Symptoms Go Away

Even though it is most common during menstruation, some women continue to feel the symptoms even after their monthly periods. Even after menopause, the ovaries still produce a tiny amount of oestrogen, causing the endometrium to react and cause discomfort. As a result, some women choose to have their endometrium medically removed. And in some instances, a hysterectomy, oophorectomy, or hormone treatment may be necessary to address the problem at hand. It does not, however, guarantee pain relief.

Why Should you Have at Least One Rental Property?

4 Guidelines On How To Pick High-Quality Pots And Casseroles

4 Guidelines On How To Pick High-Quality Pots And Casseroles