What is Networking and Why Is It Important?

Did you know that, according to The Balance, the current US unemployment rate is 6.1%? Even though it’s lower than it was about a year ago (when it was 14.7%, the highest since the US experienced the Great Depression), many people are experiencing unemployment.

If you’ve recently become unemployed, or you’ve just graduated from college and are looking for a new job, you need to use all the right strategies to get it, such as networking tips. 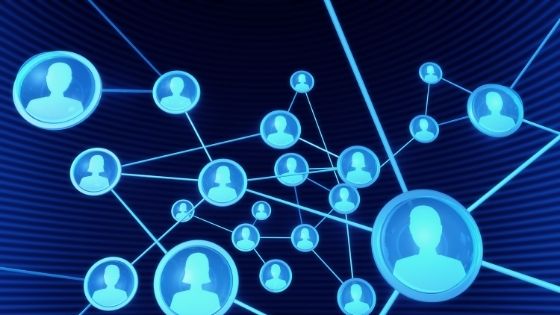 That’s why we’ve put together this article. In it, you’ll learn everything you need to know about networking. Finally, you can get that interview and land your dream job. Read on to learn more.

Before we dive into the different strategies you can use for effective networking, we’ll review what networking is. Basically, networking is when you meet people, after which you can use them as contacts within your industry.
You can reach out to them to ask for career advice, to put in a good word for you with their employer, or to find out if they know anyone who’s hiring.

By having these connections, you’ll be taken much more seriously in your industry.

This is whether you’re applying for a job, asking for a raise or promotion, or hoping to make additional connections through your current ones.

To network, you usually go to networking events, online and offline, where you meet people in your industry. Additionally, you can network one-on-one by reaching out to contacts over LinkedIn or by email.

Why Is Networking Important?

Networking matters in today’s world because now, more than ever, there are hierarchies within companies that make it hard to reach who you want to. But by making connections, you can get more opportunities, meet more people, and jump forward in your career.

Now that we’ve reviewed what networking is and why it’s important, we’ll go through some networking tips. First of all, when you’re reaching out (especially online), it’s important to connect first on LinkedIn. Then, send your email.

This is because you’re respecting the privacy of a person. You need to introduce yourself thoughtfully on LinkedIn first. If you don’t do this right, it could cost you a job interview.

Our second tip? Remember to think of your connection as a person. They’re a person, just like you, and won’t appreciate feeling like you’re simply reaching out because you want to use them to get ahead.

When communicating, focus on what you and the person have in common, such as having lived in the same city or gone to the same college. By making it personal, you’ll make an impression.

Finally, when you ask them questions, make sure they’re thoughtful and well-researched. And, of course, don’t forget to thank them!

You can get almost any job by using networking. You can even get a federal job—just take a look.

Now that you’ve learned about networking, why it’s important, and networking tips, you might need more business tools and tips. Maybe you want to learn how to craft that perfect cover letter and resume for your dream job.

Or maybe you want to learn about business tools you can use for networking.

Whatever information you need, you can find it on our blog. Simply go to our Career & Education section to learn more.

Everything You Need to Know About Being a Web Developer

7 Tips Reasons to Start Your Own Engineering Business

7 Tips Reasons to Start Your Own Engineering Business

What Should You Expect from an Online Christian Dating Site?

Why Should You Hire a Local Expert For Search Engine Optimisation In Los Angeles?

What Are Strategic Buyers

Why You Should Consider Frameless Glass for Your Property

Planning a Party for a Large Group

Settlement Solutions: How Do I Get My Money From a Structured Settlement?

Loco for Logos: 5 Steps to Create an Effective Logo