The Immediate Steps to Take After a DUI Charge

Most people know that driving under the influence of alcohol or drugs is illegal. However, many people do not know what to do if they are pulled over and arrested for DUI. If you find yourself in this situation, there are a few things you should do to protect your rights and ensure that you have the best possible outcome. 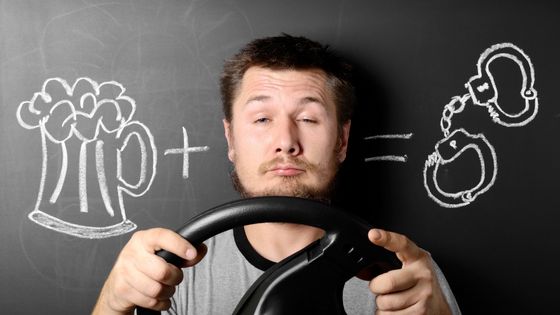 What is a DUI?

DUI stands for “driving under the influence.” This means that you were operating a vehicle while impaired by alcohol or drugs. DUI laws vary from state to state, but in general, you can be charged with DUI if your blood alcohol content (BAC) is above the legal limit. In some states, you can also be charged with DUI if you are impaired by drugs, even if your BAC is below the legal limit.

What should I do if I am pulled over for DUI?

If you are pulled over on suspicion of DUI, the first thing you should do is remain calm. It is important not to argue with the officer or resist arrest. You should also politely decline to answer any questions other than your name and address. Anything you say can be used against you in court, so it is best to remain silent.

The next thing you should do is call a DUI lawyer. A DUI is a serious charge, and you will need an experienced attorney to help you navigate the legal process. An attorney can also help you understand your rights and options, and they will be able to ensure that you are treated fairly by the court system.

What happens after I am arrested for DUI?

After you are arrested for DUI, you will be taken to the police station for processing. You will likely be given a breathalyzer test to determine your BAC. If you refuse to take the test, your driver’s license will automatically be suspended.

Once you are released from the police station, you should contact a DUI lawyer immediately. You only have a limited time to request a hearing to contest the suspension of your driver’s license, so it is important to act quickly.

What are the consequences of a DUI conviction?

The consequences of a DUI conviction vary from state to state, but they can be severe. In some states, you may lose your driver’s license for a year or more. You may also be required to pay fines and court costs, and you may be ordered to attend alcohol education classes. In some cases, you may even be sentenced to jail time.

If you are convicted of DUI, it is important to understand that it will stay on your criminal record forever. This can make it difficult to get a job, rent an apartment, or take out a loan. If you are facing DUI charges, you need to take them seriously and contact a DUI lawyer immediately.

Why is it necessary to contact an attorney after a DUI?

It is necessary to contact an attorney after a DUI because you have the right to remain silent and you should exercise that right. Do not say anything to the police or anyone else until you have consulted with an attorney. You will need to provide the police with your name, address, and driver’s license. However, you are not required to answer any other questions. Pleading guilty to a DUI will result in a conviction on your record. This can lead to steep fines, jail time, and the loss of your driver’s license. An experienced DUI attorney will know how to protect your rights and obtain the best possible outcome in your case. They are professionals at handling these specific cases so it is best to trust them and get the proper help.

What should you not do after a DUI?

You should not take a field sobriety test or a breathalyzer test. These tests are voluntary and they can be used against you in court. You should also not plead guilty to a DUI. Pleading guilty to a DUI will result in a conviction on your record. This can lead to steep fines, jail time, and the loss of your driver’s license.

What are some possible defenses to a DUI?

Some possible defenses to a DUI are that the police did not have probable cause to stop you, that the breathalyzer test was inaccurate, or that you were not actually driving the vehicle. An experienced DUI attorney will know how to protect your rights and obtain the best possible outcome in your case.

A DUI is a very serious charge and cannot be taken lightly. If you have been pulled over for driving under the influence make sure to follow all of the steps above in order to give yourself the best odds of winning your case.