What is insomnia? Well, you can definitely find various concepts of the word on the internet, but as shown at https://www.sleepfoundation.org/insomnia, insomnia is a sleeping disorder that makes it difficult for people to fall asleep, and enjoy a good quality sleep, making them feel tired, stressed, and even depressed.

As someone who has always struggled with insomnia from a very young age, I can tell you that I am pretty much a veteran when it comes to it. I’m the type of guy who has to put a lot of effort to keep a healthy sleeping schedule, and even so, sleeping sometimes feels like a punishment, just because I either can’t fall asleep, or I can only sleep for a couple of hours before waking up as if I had drunk some kind of energy drink.

Of course, I tried a lot of things to remain healthy. This included changing the way I ate to the way I dealt with technology, like not eating or drinking anything before sleeping or turning off all electronic devices one hour before going to bed. I even started to do exercises, although not as regularly as I would like.

Generally speaking, your fight against insomnia can be dealt with by engaging in specific lifestyle changes. These lifestyle changes vary greatly depending on your circumstances, since there are some people who don’t use as much technology as others, while there are others who are constantly facing electronic devices either because of their work, or because of their hobbies, and I can easily enter both categories.

Still, some of the lifestyle changes I can share with you include:

That being said, although I’ve tried all those things, sometimes I just can’t sleep, which is the reason why I decided to try sleeping aids. Something I want to add is that I haven’t tried all treatments available in the world to deal with my insomnia, but I have indeed tried a reasonable amount of things.

From drinking lettuce-infused water to taking sleeping pills, a lot of the things I have tried worked to a certain extent, but always had some side effects I wasn’t willing to deal with. Sleeping pills, especially, made me feel depressed and even reduced my concentration considerably.

Melatonin worked to a certain extent, but it was caused by some side effects that made me reluctant to keep using it, from increased heart rate to headaches and difficulties while breathing. I also would sometimes wake up in the middle of the night feeling completely awake, making it impossible for me to fall asleep.

That is where I decided to try CBD for the first time. And from now on, I will tell you my experience with it. But what is CBD, exactly?

A Brief Explanation of CBD

First of all, for those who know nothing about CBD, I think a simple explanation is due. I can start this by saying that CBD actually comes from the word Cannabidiol, which is a cannabinoid that can be found in both the cannabis plant and the hemp plant.

These two plants are similar in the way that they are both related. The biggest difference between the two is that the cannabis plant is well known for being psychotropic, while the hemp plant is not.

The science behind this is very simple: The two plants contain two specific cannabinoids that grant them most of their capabilities: THC and CBD. THC is known for causing intoxication in people, an effect that is well known as “getting high”, while CBD isn’t psychotropic at all, and doesn’t cause this effect.

Why I Decided to Use CBD-Infused Gummies 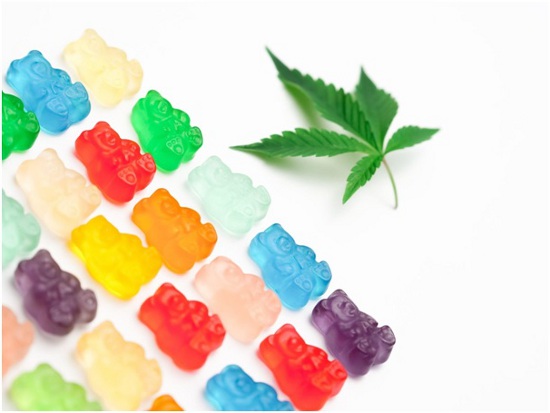 I already mentioned the hemp plant, which is the plant that is used to create all cannabidiol-based products. Well, this specific plant is also considered an Indica, which is a category of cannabis that is known for causing relaxing effects, great for:

When I decided to start using cannabidiol, the compound was already thriving in popularity. According to the news of the community, you could easily get your hands on CBD-infused gummies, which I ended up purchasing for myself.

How It Started and Ended

I have to say that things were a little bit confusing at first. No matter how hard I researched, finding the right dosage for CBD was more than complicated. Apparently, there are too many variables to concretely decide for a dose, even more considering that each person absorbs the compound differently.

That is why it is always recommended to experiment, starting with small dosages until you find a result that you find suitable for your circumstances. This sounded fishy at first, and I’m not going to lie about this, I feel a little bit scared.

However, I decided to give it a try just because of how accepted the products were by the community. I started with a single gummy during my first day while reading a book, a part of my daily routine. I have to say that, although the effect wasn’t as strong as I initially expected, I felt a certain level of drowsiness that was quite… Soothing.

The second day I decided to take two gummies instead of one, and since then, I’ve stuck with that dose until today. The effect was much more present and after 20 minutes I was already yawning. That day I felt like was sleeping in clouds!

The next day, I felt refreshed and well-rested, and I decided to keep using it. Thankfully, I didn’t encounter any side effects, but there are people who have faced problems like nausea and diarrhea.

Later on, I read that gummies are very good for beginners who want to avoid side effects, just because it is very hard to consume more than your body can handle, because of the way they are presented, which is the reason why side effects happen. If you are a beginner, I absolutely recommend going for them instead of other products!

All About Medical Marijuana