How to Drink Single Malt Scotch

Did you know that 1.14 billion bottles of Scottish whiskey are exported from the country each year? In fact, whiskey accounts for more than 70 percent of the country’s food and drink exports.

Scotch is one of the most popular alcoholic drinks, with a double-digit increase in demand every year. Perhaps you’re developing a taste for whiskey, and you’re interested in trying scotch for yourself. However, you shouldn’t take your first taste without knowing a few things first. 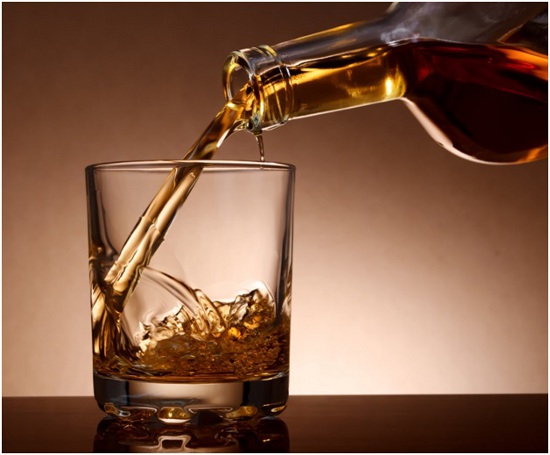 If you haven’t tried scotch yet, don’t touch it until you know what you’re doing. Here is your guide on how to drink single malt scotch.

What is Single Malt Scotch?

If you’re interested in drinking single malt whiskey, you should have an idea of what makes it unique from other scotches. Simply put, a single malt scotch must be distilled in a single pot, made from a mash of barley, and be aged for an extended period in oak barrels.

Most scotch enthusiasts agree that this form of scotch has the greatest diversity of flavor, which is why it’s so popular among those who love scotch. And because it is a malt drink, it actually has some great health benefits. You can learn more about those benefits here.

How to Drink Single Malt Scotch?

Many people drink their scotch on the rocks, or they will add a bit of water. It’s also become increasingly popular to drink scotch with mixers.

It’s best to avoid mixers, however, especially as a beginner. If you’re interested in trying single malt scotch, you should immediately introduce yourself to its complex and bold flavors. Those flavors are nearly canceled out by most mixers.

If you’re a new drinker, particularly one who isn’t used to whiskey, single malt scotch’s flavors may be bold and overwhelming. In such a case, adding some water or ice may be a good idea.

While water and ice will dilute the scotch and dull the flavors, this may be helpful in introducing you to the full flavors of scotch. The bold flavors won’t shock your tongue too much, which will allow you to grow more accustomed to them.

However, you should work your way up to drinking pure scotch neat. This will allow you to experience its wide range of flavors, which range from smoke, wood, brine, apple, and more. These flavors are what make single malt scotch so popular, and you should enjoy all the flavors it has to offer.

Now that you know how to drink single malt scotch, you can start enjoying it right away. While the bold flavors are an acquired taste, they will eventually grow on you. Single malt scotch may even become your go-to choice for drinking alcohol.

If you’re interested in reading more articles like this, take a look at the Food & Nutrition section under our lifestyle menu.

What are Forex Breakouts?

How to Afford the Most Expensive Home Renovations

How to Afford the Most Expensive Home Renovations

Your Guide to Finding a Motorcycle Accident Attorney

Points To Consider When Choosing The Right NBFCS For Personal Loans

What are the 10 Types of Business Loans?

Things to Consider While Buying Sneakers

Things to Consider When Trying to Create Privacy Around Your Property

A Guide to Starting a Fitness Program

Why Link Building Must Be Via White-Hat Practices