Different Stages of the Eye Development

The eye is a complex organ that has been evolving for hundreds of millions of years. The first eyes likely evolved as simple light-sensitive patches on the skin, but over time they became more and more complex.

The human eye is about 2.5 centimeters in diameter and can hold one-tenth of a fluid ounce.

The eyes develop throughout all of the embryonic development and into early postnatal life. The human eye takes approximately 9 months to fully develop, starting at the beginning of embryogenesis (week 3) and finishing around birth (week 38). The process by which the eye develops is complex, involving many different structures. 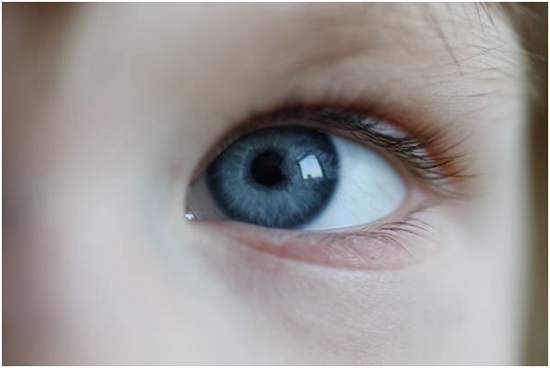 Embryogenesis is whereby after fertilization has taken place, the embryo develops from a zygote to a fully functional newborn baby and hence in the human embryo, the development of the eye begins at day 22, until birth.

Development starts with neuroectoderm, a layer of ectoderm that has differentiated into the retina and optic cup. The optic cup is formed by an indentation in the neuroectoderm, which causes it to invaginate (fold in on itself).
During the fourth week of embryogenesis, this fold begins to deepen and widen, creating a small, two-layered cup. The inner layer of the cup will form the retina, while the outer layer will become the choroid (a layer of blood vessels and connective tissue that supports the retina).

The retina contains photoreceptor cells that convert light into neural signals. The most important type of photoreceptor cells for vision is called ‘cones’. There are three kinds of cones, each responding to different wavelengths of light (red, green, and blue). When these signals are sent to the brain, they are interpreted as images.

The lens placode is a small, circular structure that forms on the surface of the embryo during the fourth week. This placode will become the lens of the eye. The cornea and iris also begin to form at this time.

The lens of the eye is responsible for focusing light onto the retina. The lens can change shape to focus on objects at different distances.

The cornea is a transparent layer that covers the front of the eye. It helps to focus light onto the retina. 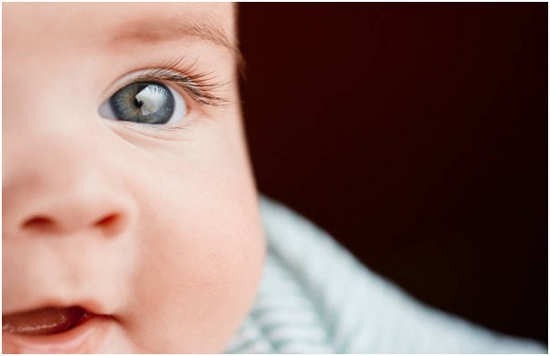 The optic stalk begins to form during the fifth week of embryogenesis, as cells in the floor of the optic cup proliferate and extend inward. This stalk will eventually form the optic nerve, which carries visual information from the eye to the brain.

The eyelids form during the seventh week of embryogenesis, as two ridges of ectoderm grow downward from the top of the head. The eyelashes and eyebrows also begin to form at this time.

By the eighth week, the eye has a rudimentary lens, cornea, and iris. The retina is still very thin, and the optic nerve is not yet fully formed.

The lens vesicle is a small, spherical structure that will eventually become the lens of the eye. The retina is a thin layer of cells that lines the back of the eye. It is responsible for processing visual information and sending it to the brain.

The ninth week is when the eye begins to resemble a mature eye. The retina becomes thicker, and the optic nerve grows longer. The lens also becomes more curved.

By birth, the eye is nearly fully developed.

Why Visit Arcade in Christchurch

Reasons You Should Do Your Shopping in the Airport While Traveling

Reasons You Should Do Your Shopping in the Airport While Traveling

7 Reasons to Add Protein Powder to Your Diet

How to Become a Power Seller on Amazon

Tips to Invest in Real Estate

How to Choose the Best Cremation Service

5 Great Cardboard Bricks Toys You Can Buy For Your Kids

Improve Your Online Presence with SEO Marketing in Singapore

How Do I Choose the Best Managed IT Company in My Local Area?

7 Office Equipment Shopping Mistakes and How to Avoid Them

Benefits of Vertical Garden at your Home

The Benefits Of Home Support For Many Care Givers In Australia